By emphasizing the benefits of NASA's research, we turned Space into Personal Space. 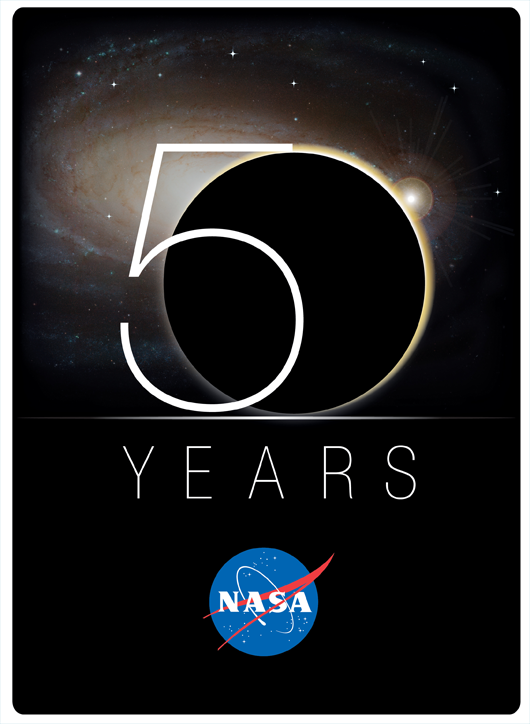 As NASA's 50th anniversary approached, everyone at the agency had an idea for a logo to commemorate the event. Each had a favorite mission, a beloved craft, or a special accomplishment they wanted memorialized.

Being a trusted contractor with deep roots in branding, Evergreen was asked by NASA to synthesize all of these competing passions and produce an inspiring logo.

Our design team felt the true spirit of NASA was not to be found basking in past glory, but in searching for the next discovery. With that as a guide, we positioned a distant galaxy behind an occluded zero (in 50), as if it were just emerging from an eclipse, representing all that we would discover in the future.

When unveiled internally, the logo won wide praise, but many felt they had not been given a chance to put forward their own designs. So a NASA-wide competition was held, inviting any employee or contractor to submit an entry. 120 designs were submitted, from every NASA location, including the Jet Propulsion Laboratory, Northrop Grumman, and Boeing.

After reviewing them all, the NASA Administrator selected our original logo. Since then, it's graced posters, mugs, and t-shirts, and flown aboard the Shuttle and the International Space Station.

The Future of Space Exploration from Evergreen & Co on Vimeo.

"Unquestionably, we would not have been able to successfully conduct these events without your generous support. We value your role in the NASA family and look forward to future collaborations."